It was a close match which was decided by the penultimate ball – but all started when the REME won the toss and opted to bat.

They then made a solid start, with opening batsman Fletcher looking in fine form and ticking the score over at a reasonable pace.

But moments after striking a six, he was lured into another big shot by RLC bowler Spicer Narayan.

He failed to clear the rope and Dan Tottle took the catch to take the score to 24-1.

Newly-appointed Army skipper Jay Boynton flicked the ball off his toes for four early in his innings to re-establish momentum for his REME side.

Despite playing one or two positive strokes the REME couldn’t quite get going with the bat.

Some fine RLC work in the field led to Naker being run out, moving the total to 52-2.

That became 75-3, however, when Desmond Plummer claimed the big wicket of Boynton, much to the RLC’s delight.

With wickets falling at regular intervals the REME players were set to post a below par score.

By the end of their innings, they had made 125-6 from their 20 overs – a target that probably didn’t look enough to defend.

The RLC boasts plenty of big hitters in their line-up and Uri Hill got the reply off to a flier with a first-ball boundary.

But with just 11 runs on the board, Tottle skied a Boynton delivery to give the RLC their first wicket.

A lot was expected of the next man, Tade Carmichael, especially as he’d smashed a century in the semi-finals. 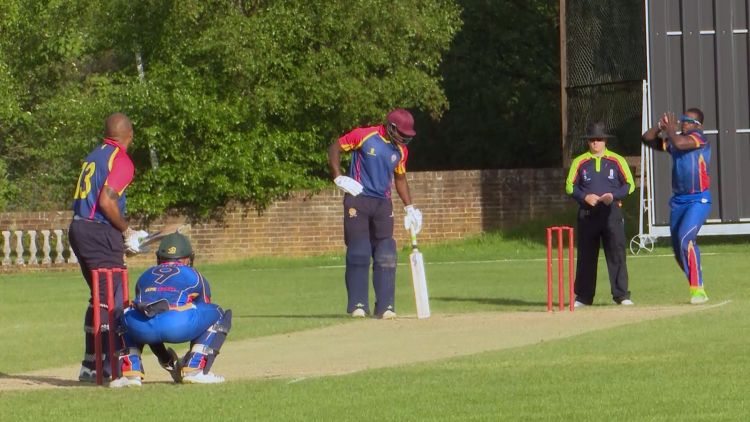 First, he dismissed Hill to make it 45-2. Then he was dancing down the wicket in delight a few balls later having claimed the prized wicket of Carmichael.

England then ripped through the RLC middle order to leave them reeling at 69-6 and seemingly out of the contest.

Somehow the RLC kept going, though. Augustine Robertson made a valuable 27 runs towards the total.

But when he was run out thanks to Tom Lester’s direct hit on the timbers, the REME looked favourites for victory.

The odds shortened further when next ball, there was the same outcome with another run-out. The RLC were 9 down but seven shy of the target, with just four deliveries left in the innings.

In an exciting conclusion, they scrambled a single before on the penultimate ball Plummer crashed the ball over the rope.

Claims the ball had been flicked back over the boundary infield by a REME fielder without it touching the ground added to the drama and momentary confusion.

But eventually, the umpires conferred, a six was signalled and the cup was won.

In a busy summer of cricket for the Forces, the Army season continues next week as the senior side face the British Fire Service in a T20 clash. 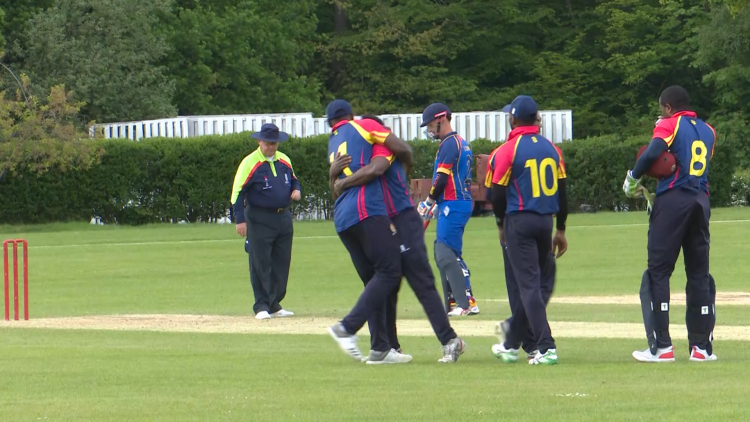